Recently i came across this awesome Windows Exploit Suggester - Next Generation (WES-NG) tool and it comes handy for performing the privilege escalation. Once you have the initial access to the machine, simply grab the system information and run with WES-NG to view all the vulnerabilities in the target machine.

1) Get the package form the above link and clone it to your machine.

2) After cloning, update the vulnerability database.

3) Now, from the target machine, run systeminfo command. Copy the output on a text file, name it as systeminfo.txt and paste it in the same WES-NG folder. 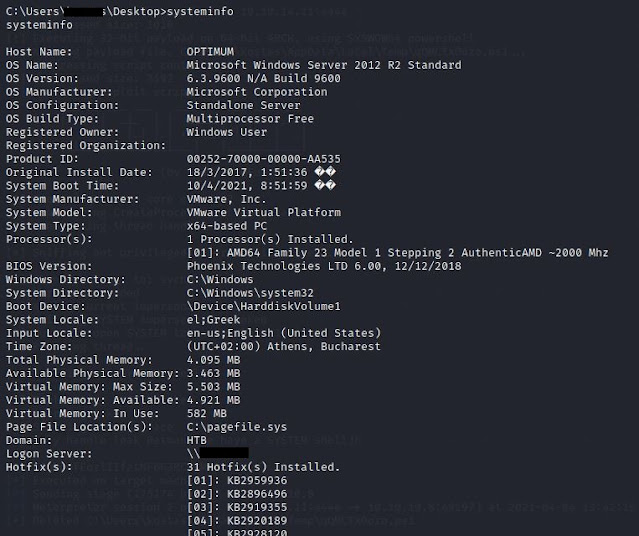 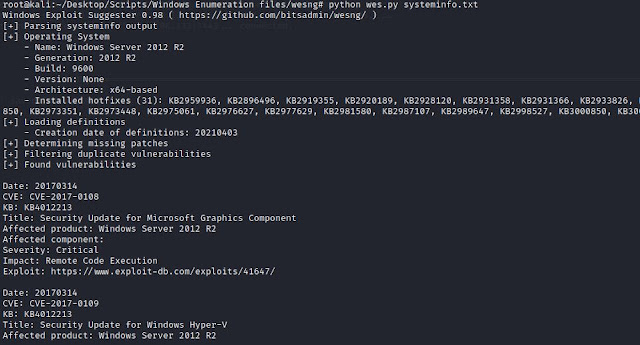