An 8-bit unsigned integer has a range of 0 to 255, while an 8-bit signed integer has a range of -128 to 127 - both representing 256 distinct numbers.
This is just an introduction on the data representation. If you are having coding experience, you might already know this concept.
fn main() {
let a:u8 = 128;
println!("a = {}",a);
}
In Rust, while declaring a variable, we usually mention the data representation also. In this way, we instruct the code how much memory the variable will use.
Here in this example, for the variable a, I have mentioned as u8 which means unsigned 8-bit integer. 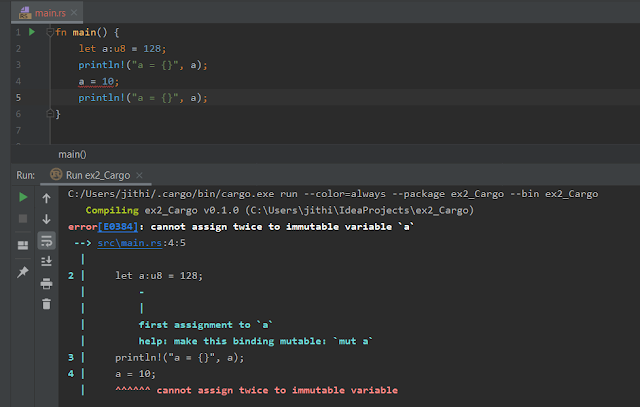 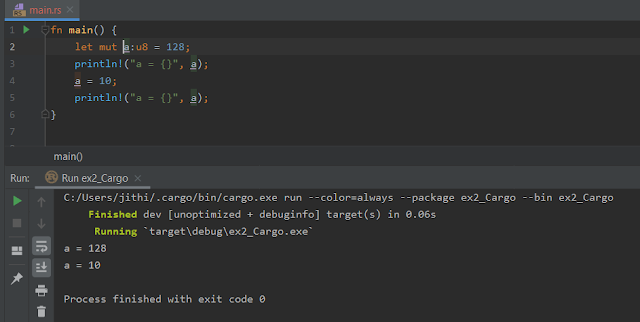